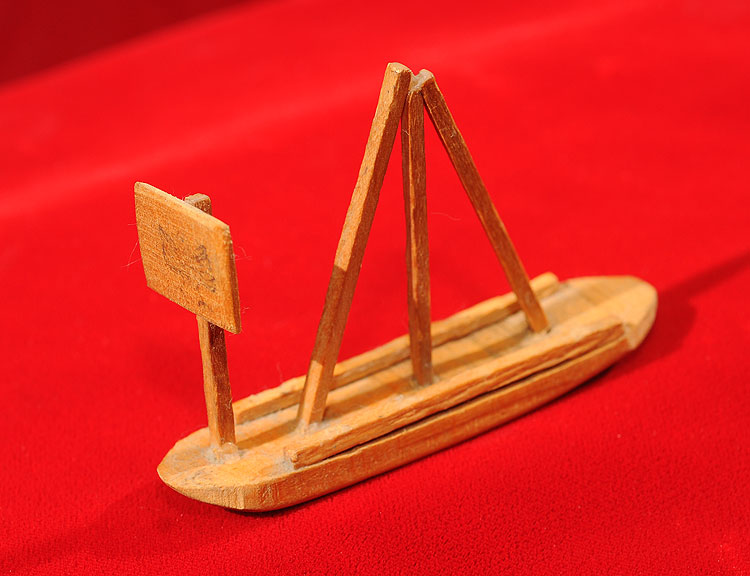 David Warther II, born in 1959, is a master ivory carver living near the city of Dover in northeast Ohio. According to David's parents, he began carving from elephant tusk ivory at the age of three. At the age of six, David carved his first ship, a Viking vessel. With the creation of his first ship, David's destiny was launched and he began carving even more ships with a passion and a keen interest in detail that has now spanned over fifty years.

Originally, David's love for ships was less of an interest in maritime lore and more of a fascination for the graceful lines and beauty each ship exhibits. At age thirteen, David developed his unique hand filing and sanding process for making the ivory "string" for the ship's rigging; a technique that is a signature of his artwork.

Later David would tell folks that at the age of thirteen you can do anything; nothing seems impossible and one feels invincible. He thinks if he would have waited until adulthood to develop the method of making ivory threads, he would probably have said it was impossible. These ivory threads are seven thousandths of an inch in diameter (.007"), twice the thickness of a human hair.

A talent for carving had been in the Warther family for several generations. His great-great-grandfather was a cabinet maker and woodcarver in Switzerland in the early to middle 1800's. David's grandfather, Ernest "Mooney" Warther, was a renown carver of steam engine models, also using wood and ivory. When David was a child, his grandfather was actively carving and at the same time showering David with a great deal of love and encouragement.

While the development of the ship spans thousands of years, its history was just becoming known through underwater archaeology when David was a kid. It has only been since the early 1960's that modern man has learned what ancient ships were like, how they were built and how they worked.

In his late teen years, David began studying the history of ship development and later became a member of the Institute of Nautical Archaeology (INA) at Texas A & M University.

By age 17, David had mastered his special technique of making ivory rigging and was poised to create his first major carving. He had made scores of smaller ship carvings, but they lacked scale, accuracy and intricate parts. His first major carving took him over a year to complete and was a scale replica of the Coast Guard Training ship "Eagle" that still sails for the Coast Guard Academy. David was able to acquire blueprints and technical drawings of this three masted bark from the Academy. Many of the drawings were copies of the original German drafts from 1936 when it was originally built as a training ship for Germany's navy.

David learned to read blueprints on his own and was quick to convert the metric based plans to his English methodology. David's goal of carving the history of the ship quickly took shape as he entered his twenties. After delving into greater research he soon found himself carving ships from ancient Egypt to those of modern times. It was at this time he decided his future works would be in solid ivory. Scrimshaw, the art of ivory engraving, would be employed to convey deck planking, doors, windows and other details.

Ivory had been employed by maritime artists for some time and scrimshaw was a maritime art form in itself. However, nobody had combined the two art forms with David's mastery and attention to detail. The rigging would be made of his "ivory string", a name affectionately given to his intricate ivory rigging by mid-westerners.

David fashioned the bases of his ships from ebony wood for contrast, a design idea keeping with the traditional art theory from ancient Greek times of "dark-to-light;bottom-to-top."

The bases of David's ships are in the shape of a blunted pyramid, a design he developed for his first ship, the Coast Guard's "Eagle". The angles of the pyramid would be 23-1/2 degrees from 90 which equals the tilt of the earth and is a sound maritime figure. 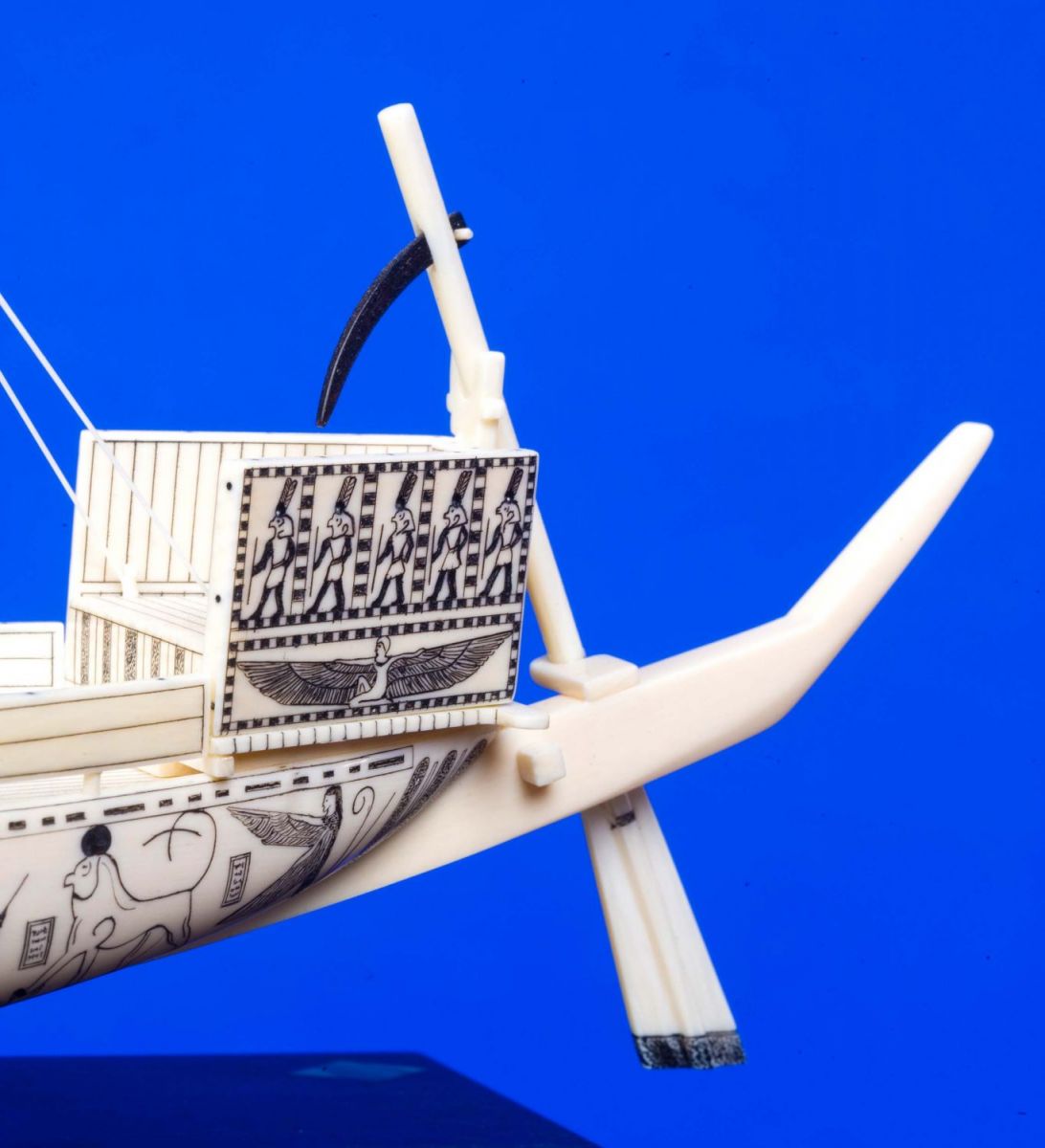 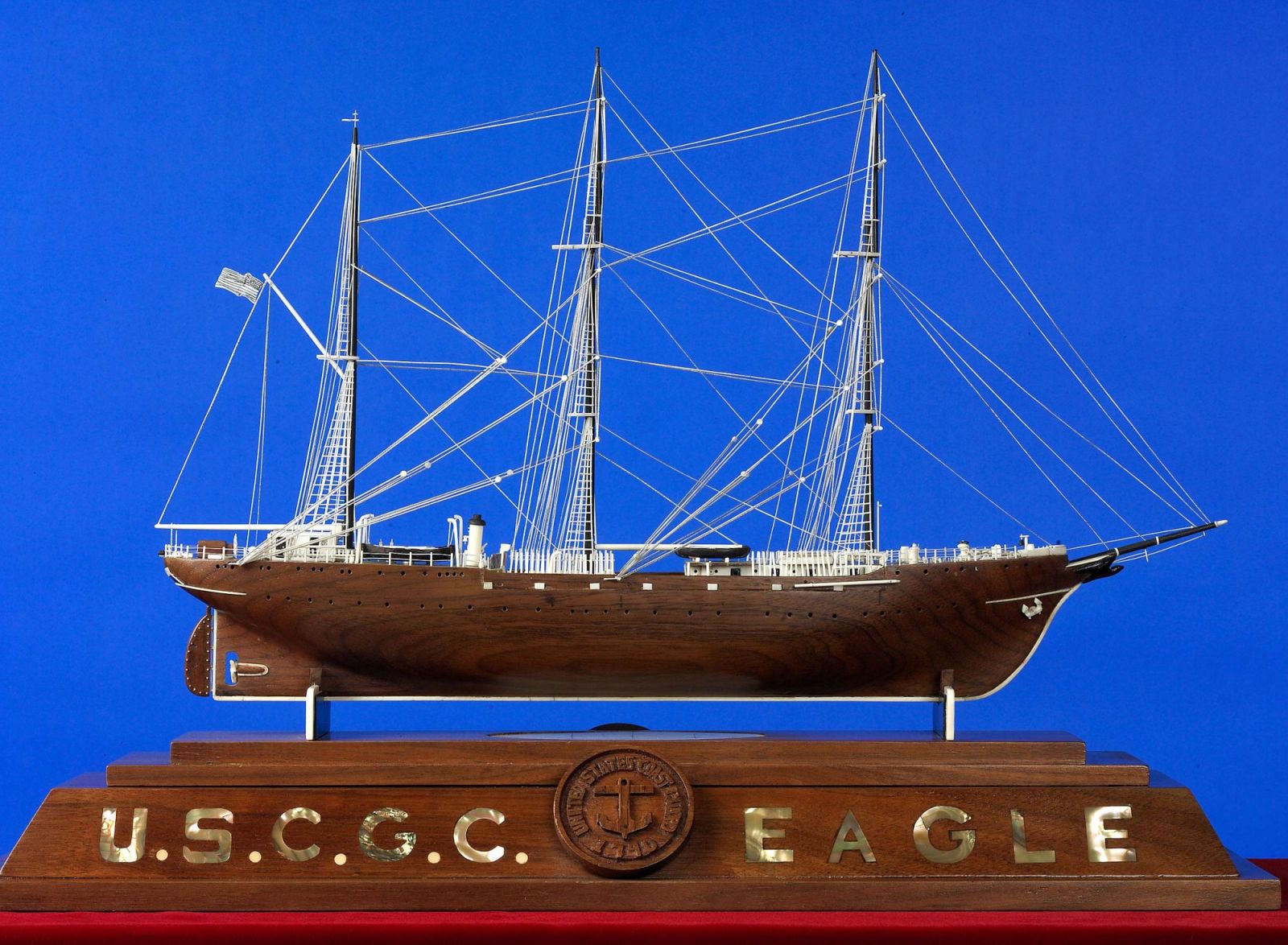 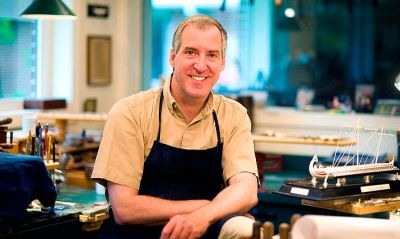 David in the carving shop.
an expert in knowing the laws and regulations regarding the buying and selling and gifting of elephant tusks and ivory carvings

David in the carving shop.

Commitment to the Art Project

David began carving full-time at age 29, and in 1993 he opened a carving exhibit in the nearby village of Sugarcreek which is considered a tourist enclave in the heart of Ohio's Amish country. David found himself carving every day amidst interested visitors and groups from bus tours as well as the local schools.

In 2008 David Warther Carvings was established as an IRS recognized 501c3 non-profit organization and in 2013 the carvings were moved to the new 10,000 sq. ft.exhibit building known as David Warther Carvings Exhibit and Gift Shop. David's carving studio has been incorporated into this new building, where he shows visitors his special techniques and complete workshop of hand tools.

David's evenings are devoted to his family and to a musical instrument parts business he started years ago. In addition he has become an expert in knowing the laws and regulations regarding the buying, selling and gifting of estate elephant tusks and ivory carvings in the US.

David's inborn interest and natural carving ability has resulted in an art collection that is highly educational in its conveyance of human history and progress. Of his creative abilities, David believes the words apply when Christ said, "Let your light so shine before men, that they may see your good works, and glorify your Father which is in heaven" (Matthew 5:16). 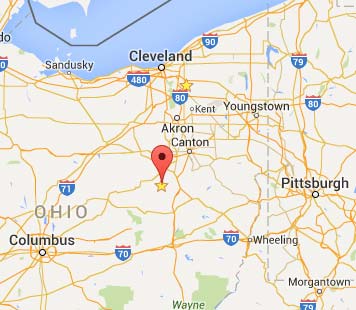 Stay informed with the latest news from David Warther Carvings, including details and tickets for all of the most up-to-date programs, workshops, events, and more.